Tehmeena Afzal, is more known amongst her friends for her quick wit, sweet outgoing personality and great sense of humor than for her risqué appearance. This fun Pakistani beauty is making a grave difference; not only in the modeling world but in music videos, television and magazines viewed worldwide. Her vibrant personality and superb style make her the wave.

Tehmeena has been accustomed to jumping hurdles since she was a small child. Her parents couldn’t say no to her sweet gregarious character even at 8 years old when she showed her interest in playing softball. Sports, typically an activity reserved for men only in her strict Pakistani culture, allowed Tehmeena to acquaint herself with the spot light. Her strong arm pitch and team player attitude brought her much attention in the media. Her High School career accomplishments include being named All City player, All State player and Female Athlete of the Year. Her talents landed her a full scholarship to New York Institute of Technology, where she completed a Bachelors Degree and continued to become an entrepreneur in the music industry.

As a successful owner of an Urban Music website, Tehmeena created waves and an outpouring of both support and disapproval from people all over the World. Her popularity created an overwhelming pursuit for her to be the face of mixtapes distributed everywhere. Her exposure in this booming business recognized that she was the only Pakistani woman breaking barriers in more than just music.

As soon as her Middle Eastern features, vibrant personality and sexy figure hit the scenes she knew she would have a challenging experience because of her strict background and family ideals. Still, Tehmeena admits she enjoys the attention even though it’s not always positive. The staggering desire for more of this rule breaking beauty from her growing fan base inspired Tehmeena to show off her assets in magazines and music videos viewed World Wide. Although these daring yet breathtaking photos are looked at as cultural defiance, she feels as though she is not hurting anyone by displaying her beauty and is supported by thousands of both men and women. She has thrived and overcome obstacles in the modeling industry despite the social, cultural, moral and ethical rules of her religion and traditional upbringing. She has a strong determination to defy odds & live a flourishing life.

She continues to make an impact on the Middle Eastern Culture, with the understanding that most Pakistani families would have disowned her because of her actions. Although her parents don’t, ‘technically’ approve her of her decisions they have always been proud of her Intelligence, education and creativity and have continued to show her love.

Tehmeena has starred in many music videos, and has been featured in magazines and is quickly establishing herself as one of the most sought after centerfolds and video vixens today. The combination of her genuine kindness and obvious confidence make this brunette bombshell one of the most interesting not so ‘bad girl’ celebrities of all time and has no plans of stopping anytime soon. 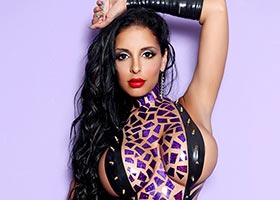 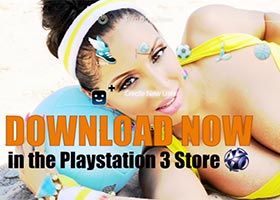 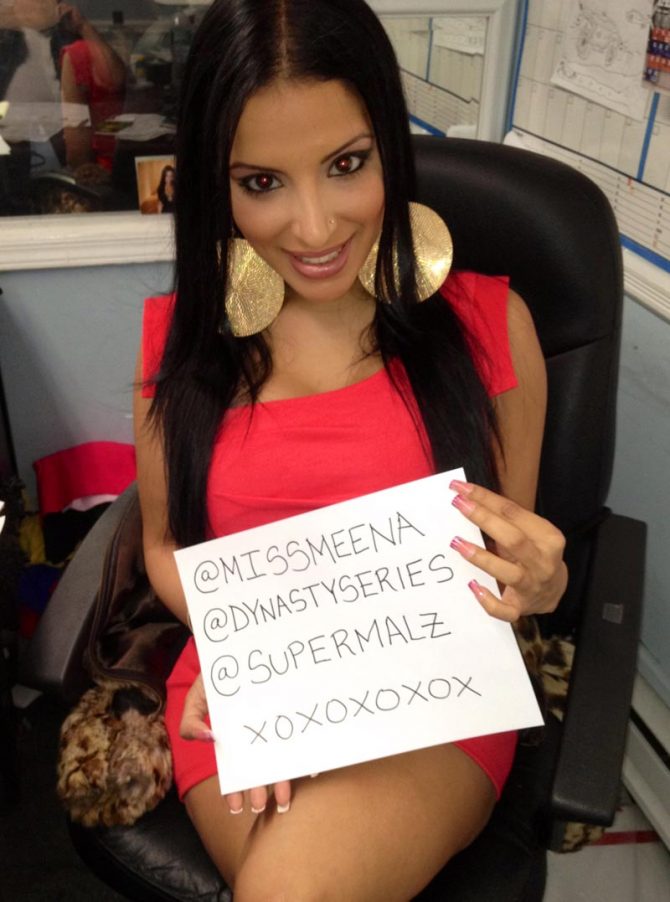 I've never been into star trek, star wars, avengers or justice league. I love video games and would have to pick mortal kombat all the way.I love Katana!!
Tags: Tehmeena Afzul 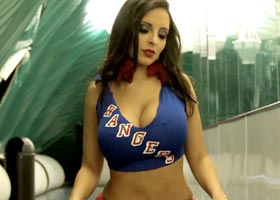 IM BACK WITH ANOTHER SPECIAL TRIBUTE TO MY FAVORITE NY TEAMS. THIS TIME ITS FOR THE NY RANGERS! SHOT BY JAMES CLARK AND MAKEUP BY BRENDA CLARK! LETS GO RANGERS!
Tags: Tehmeena Afzul

HI EVERYONE! ME (TEHMEENA AFZAL), JESSENIA VICE AND SUSANA RUIZ JUST FINISHED SHOOTING THE FIRST EPISODE OF "OOK WHO'S COOKIN" HERE ARE SOME BEHIND THE SCENES PHOTOS FROM OUR SHOOT AND INFORMATION ON THE SHOW!
Tags: Tehmeena Afzul

Congrats go out to our Tehmeena for her feature in Eastern Eye out of the UK. Our girl is now taking off on two continents. I see you!
Tags: Tehmeena Afzul

This set was intended to be in an upcoming issue of Fannatic, but things wen't haywire. But we love Tehmeena so we're happy you're seeing them somehow.
Tags: Tehmeena Afzul