Runa Lucienne became the first African-American Playboy Bunny to work at the Playboy Club Macao in November 2010 and has made promotional appearances on behalf of Playboy, including being a featured guest on Sirius/ XM’s Playboy Radio Morning Show. Runa is known for her role on Project Runway Season 5, as Keith Bryce’s model who left the competition and returned in the finale to walk at New York Fashion Week 2008 for Suede, another Project Runway Season 5 designer. She is also known as the Runner-Up to Miss New York USA 2010, and a recurring face for Outre hair products.

Runa has been featured on television shows including Project Runway Season 5, How I Met Your Mother, Sons of Anarchy, Hot in Cleveland, Hart of Dixie, Fox Sports NFL Sunday Pre-Game Show, MTV’s Total Request Live (TRL), MTV’s Suckerfree Sunday, KTLA Morning News, and others. She has appeared in numerous music videos including “Don’t Judge Me” by Chris Brown, “We Got Hood Love” by Mary J. Blige ft. Trey Songz , and “Falling in Love” by Taio Cruz. She has also been featured in various magazines such as Elle, Cosmopolitan, King, Slam, Jewel, and Jamrock magazines. Her national ad campaigns include Mandee clothing store, Outre, Regis Hair Salons, and others.

In 2012, Runa Lucienne became the first African-American Monster Energy Girl, making appearances on behalf of Monster Energy Drink at various DUB Auto Shows, and special events including autograph signings at Army/ Air Force bases Ft. Hood and Ft. Bliss. Since being a part of the Monster Team, Runa has shot with Monster’s newest personality, Snoop Dogg, for a spread in DUB Magazine which will be released in the near future. 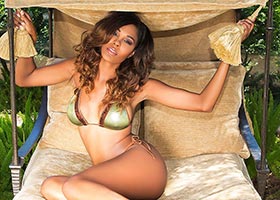 There's nothing better than when you're lucky enough to grab the pool side cabana next to a beautiful girl like Runa Lucienne. Doesn't happen often, but when it does you…Read more
Tags: Runa Lucienne, TL Glam Studio 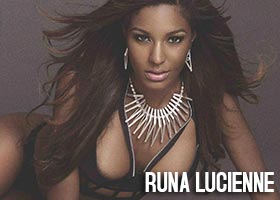 I'm always appreciative when I get to new more of Runa, and with a new project coming in LA I could be seeing even more of her.Read more
Tags: Blackmen Magazine, Runa Lucienne 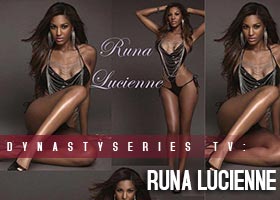 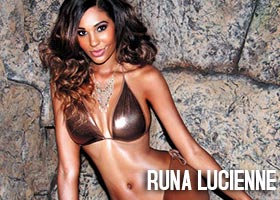 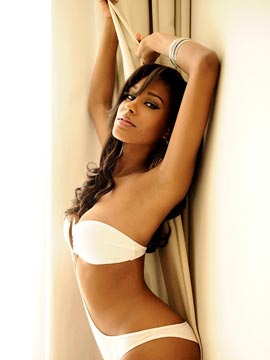 I got started modeling in New York when I moved to the city for college, I signed with an agency, and within a couple of months I booked editorials for King, Slam, and Cosmopolitan Magazines; in addition to runway, hair, and commercial jobs.
Tags: Runa Lucienne
Powered by Magic Members Membership Software