Ambitious, intelligent, and sexy: model Sincerely Ward has been catching the attention of the entertainment industry since appearing on the scene in 2000. Whether she is gracing the pages of the hottest magazines on the newsstands, heating up the runways in the latest designer fashions or sizzling on the big screen in blockbuster movies, Ms. Ward has made her presence known in three short years in an industry that only guarantees a mere “15 minutes” to shine.

Hailing from Windsor, Ontario, Sincerely and her family relocated to Atlanta, GA where she would attend college, majoring in business marketing. It is during this time that the 5’ 11” stunning beauty would stumble upon the world of music videos quickly becoming a favorite of local casting directors who would book her in numerous videos, which in turn would help to pay for school. Her modeling career would quickly take off from there with the hottest video directors like Dave Myers, Hype Williams, Little x, Chris Robinson, Jesse Terrero, Billie Woodruff and Gil Green calling on her to be featured in videos from the most popular artists in the industry such as P. Diddy, 50 Cent, Ludacris, Outkast, Nelly, Fabolous, and Snoop Dog, just to name a few. Her appearances on the covers and between the pages of the most widely read publications are just as impressive, with fashion spreads in Vibe, Cosmopolitan, XXL (2001 Eye Candy of the Year), King, Complex, Black Men’s Magazine, and NV.

It would not be long before Hollywood would take notice of this fledgling talent. This year Sincerely made her silver screen debut appearing in two big box office sequels: 2 Fast 2 Furious and Bad Boys 2. Ms. Ward counts landing a role in both of these projects two of her most dynamic experiences to date. 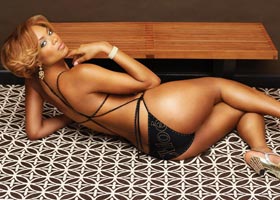 If my memory serves me correctly, this wasn't Sincerely's first feature in Blackmen, but definitely my favorite.
Tags: BlackMenDigital, Sincerely Ward

Here's another set of Sincerely's Atlanta Dymes shoot at Hedonism. See the rest of the set only at AtlantaDymes.com.
Tags: Sincerely Ward

Here's one of Sincerely sets that was featured in the AtlantaDymes compilation episode of DynastySeries TV. See the rest of the set only at AtlantaDymes.com.
Tags: AtlantaDymes, Sincerely Ward